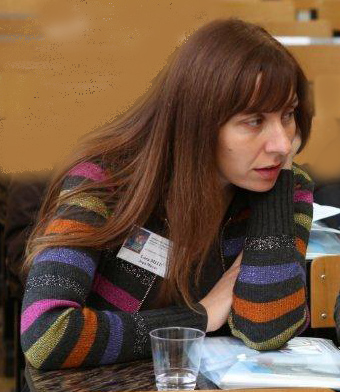 The purpose of this paper is to examine the relationship between art and politics as one of the important elements for understanding systems in which art functions. In this paper we will try to do that using very interesting example of two exhibitions of American art held in Belgrade, the capital of Yugoslavia in 1956 and 1961. During this post war decades, that were marked with the atmosphere of Cold war, world experienced many strong changes which had continuous consequences. During this period Yugoslavia, as one of the most important points in history of cold world struggles, was shaping her own political, social, cultural identity.
The uniqueness of the historical moment – the redistribution of power after WW II, the necessity of belonging to one of the blocks in the atmosphere of the Cold War superpower competition, the hard economical situation, have significantly marked the specificities of how art was manifested within the Yugoslav space. Stuck between the opposing political aspirations from both the east and the west and cleft by its own weaknesses, such as the unfavorable economic situation, poverty, illiteracy and the feeling of being stuck in the atmosphere of indoctrination – an inevitable consequence of a single party state of affairs, the Yugoslav state apparatus chose the position of balancing between the two. In an atmosphere like that, culture was under constant supervision of committees which were formed by the state to oversee and control the ideological tendencies.
By changing the political strategies which were turned towards the east, by degrading the relationship with the USSR since 1948, and by turning to the West i.e. towards Europe and especially the US in the 50s, to Broz’s idea of forming the Non-Aligned Movement in the 60s and meeting Kennedy in 1963, social life and culture were in a completely specific and complex Yugoslav space, going through a special stadium of liberalization.
During the fifth and sixth decade Yugoslavia experienced the influence of American culture, film, music and art, thanks to the new and somehow surprising Broz’s politics turning to the US. Belgrade as the capital of Yugoslavia and a crucial point of the most important cultural events became the scene of many foreign, international exhibitions. As it is clearly noticed in the literature, the capital with all its social, economical, cultural contents could be perceived as sort of the marker for changes in Yugoslav politics.
As the space allows us in this paper, we will try to describe the two very important exhibitions of American art which brought the ideas of American modernism to Belgrade and to examine its possible influences on Belgrade artistic scene. Also, we want to point out the way by which some art phenomenon, in this case abstract expressionism as real American product, can be produced, elaborated and used in the strategies of cultural imperialism. By doing this, we want to signify the importance of contextual approach to the art phenomenon for its better understanding.